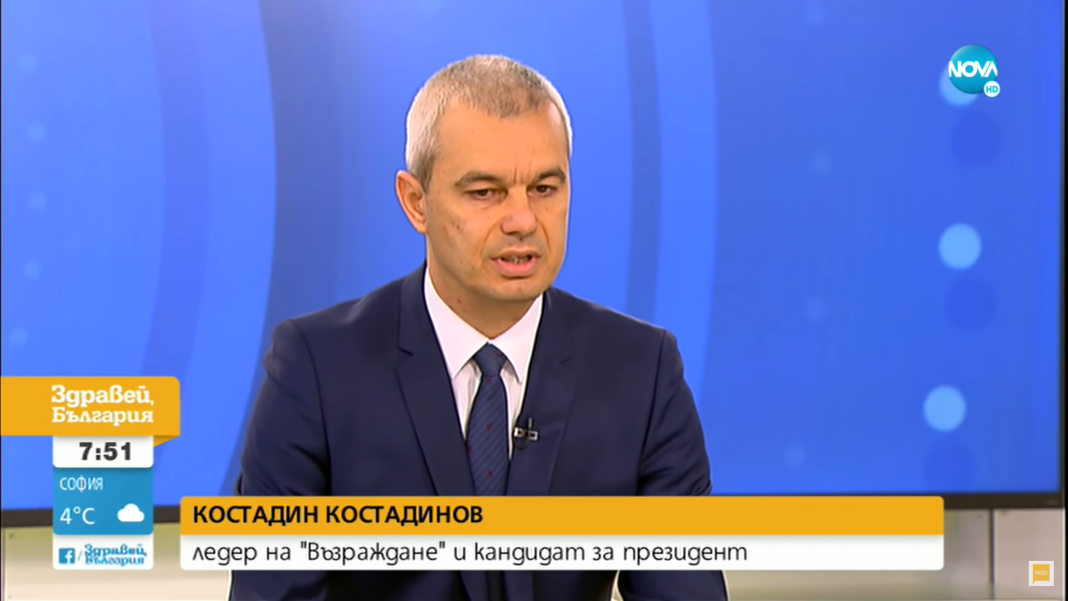 Kostadin Kostadinov, leader of Vazrazhdane (The Revival Party): You know that currently there is a debate in the European Parliament about the injuries and deaths caused by…

Viktor Nikolaev, host of Hello, Bulgaria: There isn’t, there isn’t.

Kostadin Kostadinov, leader of Vazrazhdane: There is, there is. There are one million cases. At the moment, there is an official statistic by the European Medicines Agency (EMA). Such a debate is currently underway. A resolution has been tabled, a draft resolution in the EP. 1 million have side effects and are officially registered for each of the vaccines. We are talking about the EU.

This is part of Kostadin Kostadinov’s pre-election interview on Nova TV on November 2, a few days before the National Assembly vote. The chairman of Vazrazhdane, which will be part of the new parliament, presented information without specifying important details. His words imply that there are 1 million cases with side effects after Covid-19 vaccines, which is a topic in the European Parliament (EP).

Similar headlines and messages can be found on several sites: “The EU has officially confirmed a million complications from vaccines”, “there are official EMA statistics”, “there is a draft resolution submitted to the EP”. 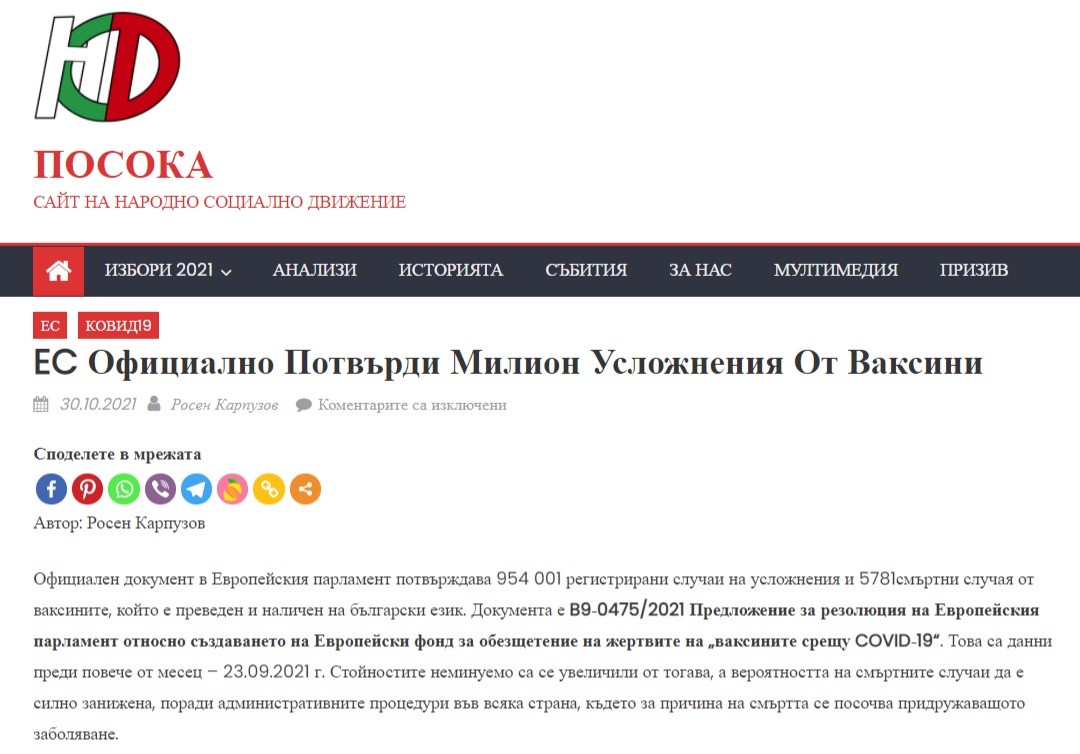 Volen Siderov also announced that there was a “draft resolution” on October 6, 2021, in a pre-election interview on BNT’s (Bulgarian National Television) program The day begins with Georgi Lyubenov. According to him, “it has been found that there are about one million registered people with complications” and this means that “we have indisputable evidence that vaccines can harm you.”

There are two statements in the quotations. The first one is that there are “one million cases” of complications or deaths caused by vaccines.

The second is that a draft resolution has been tabled in the European Parliament on the issue.

The connection between the two is that the number one million is based on the so-called draft resolution. Factcheck.bg’s inspection showed that the numbers cannot be confirmed and there is no official document that confirms given data or expresses a position.

On November 5, 2021, Factcheck.bg sent questions to the Bulgarian Drug Agency to verify the data, but we did not receive an answer until November 17. Representatives of the Bulgarian agency are part of the EMA structures.

Here is what our inspection, based on publicly available data from the European Medicines Agency (EMA), shows.

How are side effects statistics kept?

The EMA report also states that some of the alerts were submitted by medical staff, i.e. there is evidence for them. For others, it is specified that they have been sent by citizens and are unconfirmed. Each report explicitly states that these are “alleged side effects received by some individuals, ie. medical events observed after administration of the vaccine. “The fact that someone had a medical problem or died after vaccination does not necessarily mean that it was caused by the vaccine.” Another question Factcheck.bg asked the Bulgarian Drug Agency was whether those who sent this type of signals must prove that they have been vaccinated. It was left unanswered.

Is there a debate in the European Parliament on the subject?

The French MEP Virginie Joron from the Identity and Democracy group in the EP who is also a member of Marin Le Pen’s National Front did propose a resolution to the EP. Such a proposal, according to Art. 143 from the Rules of Procedure, can be made by any MEP. The President checks if the proposal is admissible and, if so, announces it on the plenary session and distributes the proposal to the committee responsible. The Commission decides whether and how to proceed with the resolution motion – it may combine it with other motions, adopt a position or create a report, but it may also decide not to take any action on the motion for a resolution.

Virginia Joron’s proposal was announced at the Parliament’s plenary session on 21 October 2021 and was distributed to the Committee on the Environment, Public Health and Food Safety (ENVI). The committee is expected to decide on the proposal at one of its upcoming meetings. This means that at the moment there isn’t a draft resolution from the European Parliament or an official document.

Joron’s proposal itself consists of one sentence: the European Parliament “calls on the Commission to set up a fund to compensate COVID-19 vaccines victims”. The recitals reported side effects and death claimed to be caused by Covid-19 vaccines. The source of the information was claimed to be the EMA.

However, these figures do not match those of the Vaccine Safety Agency’s reports for September and October – the resolution motion is dated 23 September 2021. According to a document submitted by Joron, there were 435,779 side effects cases after the Pfizer vaccine. The document does not specify for what period but references the European Medicines Agency. According to the Agency’s reports for September and October, the registered cases of possible side effects were 302,517 and 361,767, respectively. The same discrepancy was found in reports about the other vaccines. 373,285 side effects cases after vaccination with Astra Zeneca were identified under the resolution motion. According to EMA’s report, 184,679 cases were reported in September and 199,999 in October.

Due to this discrepancy in the data and the impossibility to establish their origin, Factcheck.bg sent questions to the Bulgarian Drug Agency. We have not received a response prior to the publication of this text.

Here are the questions we sent:

The examination shows that the data set out in Joron’s proposal cannot be confirmed and the proposal itself cannot be described as a draft resolution of the European Parliament. 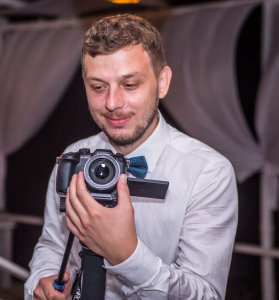 No, there is no galloping inflation in Bulgaria