“We’ll put into motion discontinuing social benefits and taking away their kids, if they refuse to get jabbed.”

This statement, ascribed to the temporary, now in office, Education and Science MP Professor Nikolay Denkov, is cited in a publication of the Alternative News website in Dec. 8. The text’s title is “Denkov: We’ll take away the kids of the antivaccers and we’ll put into motion discontinuing social benefits”. Factcheck got a hold of it thanks to a signal from a reader.

The message of disinformation is posted in another two websites – People’s Attack and 365 News. Verification with CrowdTangle shows that the publication from the three sources is shared in 17 Facebook groups and pages with a total of 1 911 181 followers.

The text gathered around 1600 likes, comments and shares.The MP’s made-up statement is shared for the first time in the Facebook group “NATIONAL UNION AGAINST THE MEASURES” from the admin Ts. B. The group is created on Dec. 6, 2021 and already has over 4900 members. The admin Ts. B. regularly shares publications from the website Alternative News.

The text about taking away the kids of the non-vaccinated from 365 News is shared in six groups and pages, along the question: “Do you support this decision?”. It reverberated the most in the page “Click ‘Like’ if you love somebody” (with over 890 000 likes).

There is no such motion

MP Denkov has never made any such statements whether it be publicly, or informally. “The news is entirely fictitious”, said the Ministry of Education and Science (MES) press center, when asked whether Denkov has suggested “taking away the kids of the non-vaccinated”. They added: “MES has no opinion on the matter, regarding ‘taking away kids’ or social benefits and neither MES, nor MP Denkov have ever commented on such topics”.

It’s not the first time that statements regarding separating kids from their parents had circled around the public space. Over the last three years, such cases have appeared around the “National Strategy for the Child 2019-2030” project, the Social Welfare Law, and during the discussions about the Istanbul Convention.

Back then, the statement that the state will have the ability to take away parental rights easier and take away kids from their families brought protests and general panic. This concern was accompanied by the false information that kids were being transported with trains out of Bulgaria to Norway, as well as the case of the Norwegian financial support in the preparation of the Strategy for the Child.

In October, 2019, concerned parents picked their children from school in two Sliven schools on a school day, due to rumors that social services are coming to take them.

Such statements of a supposed child separation were continuously refuted from state officials, institutions and organizations in the social sector. In May, 2019, the National Network for Children summarized the facts around the “National Strategy for the Child 2019-2030” project as answers to some of the most wide-spread statements, considered myths.

“Kids are taken away only after a court decision for extreme cases of abuse, neglect and disruption of the child’s interest (persuasion of prostitution, mendicancy, trafficking, etc.). Social workers and the police take away kids only when their life and health is under threat”, the organization wrote back then. The same facts were laid out in a statement by the Ministry of Labor and Social Policy on June 1, 2019.

Despite these refutals, there were organized protests in both cases with slogans, such as “Back off from our kids!” and “Bulgaria is alive and it doesn’t give our children”. The demonstrations led to a withdrawal of the National Strategy of the Child and postponement of putting in effect the Social Welfare Law for half a year. The public opinion about the Istanbul Convention changed direction towards the idea that the document will give way to a “gender ideology”, and not protection from domestic abuse.

With the appearance of Covid-19, part of the organizers of these protests created social media groups for conspiracies and dissemination of false statements about the virus.

The Education and Science MP Professor Nikolay Denkov did not propose separating the kids from their non-vaccinated parents, nor to discontinue social benefits for them. 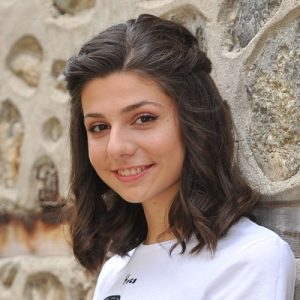