Is “greening” of the economy utopia, totalitarianism or a necessity?

Does “Brussels” impose high environmental goals on us, which are not in the interest of Bulgarian citizens?

Is there a new division in the EU – between the “rich” who can afford to live clean and the “poor” who cannot or do not want to?

There are still more questions for the general public on the subject of the EU Green Deal than clear answers. The subject is overgrown with mythology even before all the specific parameters are clear and before the Member States have specific plans for their implementation. There are more opinions than facts in the public space.

Therefore, here are the facts:

The name is a reference to the so-called New Deal – the reformist policy of US President Franklin Delano Roosevelt in the 1930s, known in Bulgarian as the „New Course“. In the first decade of the 21st century, the phrase New Green Deal became popular among environmental movements as a symbol of the need for economic reform to tackle climate change, comparable in scale and importance to Roosevelt’s. By analogy – New green deal. In 2009, the United Nations Environment Program proposed the adoption of a “Global New Green Deal”, in response to which the EU initiated its “European Green Deal” in 2019. So, it is not just a “deal”, but a word for a long-term and comprehensive vision for profound change. This is the meaning we have to put in the name European Green Deal.

The European Green Deal is a document only 24 pages long, but it contains one of the most ambitious projects in the history of the Union. It is a roadmap with measures in various areas to make Europe the first continent with zero net emissions by 2050. The ultimate goal of this ambitious vision is to promote the EU’s economic development without harming the environment and human health. This requires a fundamental transformation of the economy, comparable to that during the Industrial Revolution, but with the opposite sign – not at the expense of the environment, but in the name of its protection.

Why we should act and why right now?

In 2019, the scientific consensus on the existence of man-made climate change reached nearly 100%. This means that all researchers and organizations working in this field and publishing in renowned scientific journals believe that adverse climate change is a fact and that it is caused by human activity, not some ‘natural cycle’.

If measures are not taken to improve the current situation, nearly 400,000 premature deaths a year will be due to causes, related to air pollution. 660,000 additional asylum applications a year will be sent to the EU, which will be linked to rising temperatures by 5 degrees. 16% of the species may be at risk of extinction again due to rising average temperatures. Climate change could lead to higher food prices, and the projected loss if the average global temperature is up by 3 degrees Celsius is around € 190 billion a year. The data show that in some areas the EU is already moving in the right direction – for the first time, renewable energy exceeds that of fossil fuels.

Who supports and who does not support the Green Deal?

In theory, all EU Member States support the Green Deal. In practice, however, sentiment varies from country to country. At least eight countries, including Spain, Sweden and Latvia, want the EU to set even more ambitious targets by 2030. Others, such as Poland, Hungary, and Bulgaria, think that even the current ones are too high. The poorer countries in Central and Eastern Europe fear that the green transition of their resource-intensive and energy-intensive economies will be too costly, so they are pushing for more money than the richer countries with low-carbon economies.

Why is the Green Deal important for Bulgaria?

Bulgaria is one of the countries in the European Union with the highest number of deaths related to air pollution. The main source of pollution is domestic heating, which mostly uses solid fuels. In addition, the transport in the country and the power plants using lignite coal are also among the most serious polluters here. The Bulgarian economy also has the largest greenhouse gas emissions in the EU. Despite these facts, Bulgaria has become the only country in the EU that refrains from supporting the European Climate Act. During the vote in the Council of Ministers of Agriculture on June 28, the Bulgarian representative – the deputy Minister of Agriculture Hristo Bozukov – abstained.

Is the Green Deal “news”?

No, it is the culmination of European and global climate policies over the last few decades. As early as 1997, the Kyoto Protocol was signed – an international agreement on climate change control, inherited by the Paris Climate Agreement of 2015. The EU and its Member States are also bound by global climate policies and the UN Sustainable Development Goals (preceded by the Millennium Development Goals until 2015).

As a member of the UN and the EU, Bulgaria is also committed to the goals of global and European climate policies. However, there is a delay in their implementation in our country – proof of this is the huge number of criminal proceedings commenced by the EC against Bulgaria in the field of ecology – 102 since we joined the EU, according to former Minister of Environment and Water Emil Dimitrov. As of January 2021, our country is still subject to 19 infringement procedures, and in two of the cases – for polluted air and the marine environment – the EC has filed a lawsuit against Bulgaria in the EU court.

What does the Green Deal provide for?

The three big goals are zero net greenhouse gas emissions by 2050, separation of economic growth from resource use, and at the same time no people and regions harmed by the green transition. There is no sector of the economy and area of ​​our lives that is not affected by this profound change. Among the actions set by the European Commission there are: 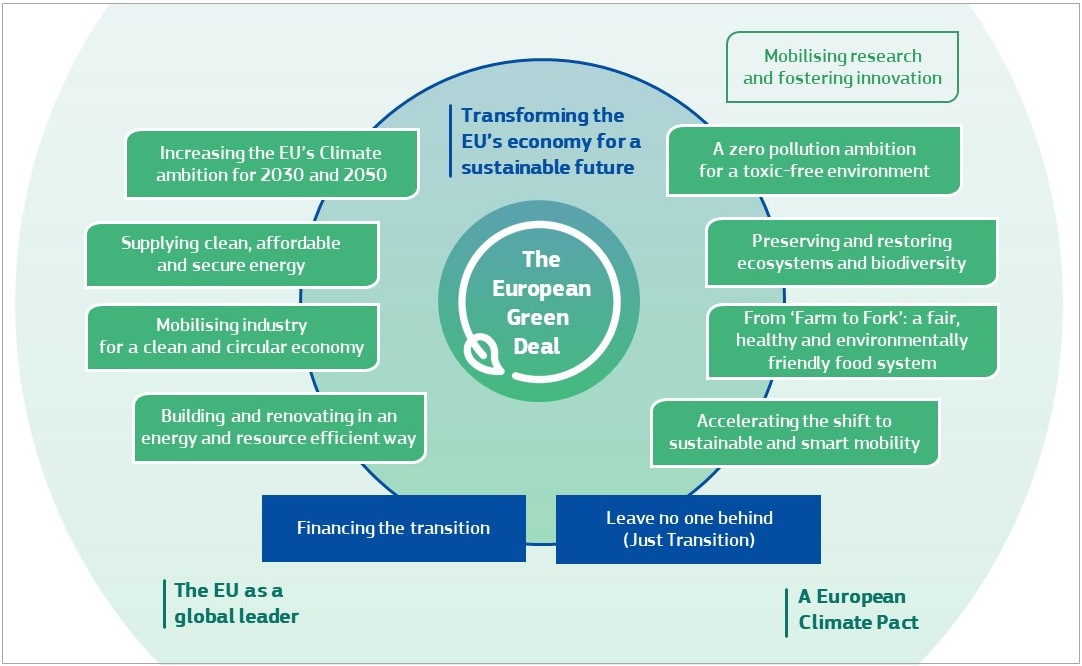 Is the Green Deal a law?

The Green Deal is not a law, but an action plan. However, in order to achieve it, its objectives and planned actions must be transposed into European law. The adoption of separate legislative acts in the various areas is a long process that began in 2019 and continues. The goal of achieving zero carbon emissions by 2050 is set in the so-called Climate Legislation, which was adopted by the EU Council on 28 June this year. As an intermediate target by 2030, the EU will aim to reduce emissions by 55% compared to 1990.

What are the other steps?

The second important step is to link the Green Deal to investments in the economy. The “Sustainable Europe Investment Plan” envisions mobilizing at least € 1 trillion for sustainable investment over the next decade through the EU budget. One third of the investment under the NextGenerationEU Recovery Plan and the EU’s seven-year budget, amounting to € 1.8 trillion, will be used to fund the European Green Deal.

The investment plan provides funds to ensure that the price of the “green transition” in the economy is not paid by the most affected regions and citizens. This is the so-called

Under the Mechanism, the European Union will provide financial support and technical assistance to those most affected by the transition to a green economy. It will allocate at least 100 billion euros over the next 7 years to the regions that are struggling to cope with the changes required by the Green Deal. Assistance will be offered to all Member States, but special attention will be paid to countries with economies that rely most on fossil fuels and where this industry offers the most jobs. The mechanism will offer ways of social and economic support in these communities.

However, there are countries that are critical of the proposed goals, deadlines and measures. Bulgaria’s position, announced last autumn by the previous government, states that the country would commit to targets for reducing harmful emissions by 2030 if adequate financial support is offered to the most affected regions. Bulgaria will receive 1.178 billion euros from the Just Transition Fund. The amount includes only grants from the Fund, which has two more “pillars” with additional funding opportunities. The position of the previous government is that this amount will not be enough for the transition to a green economy. At the same time, however, Bulgaria has not shown interest in non-grant funding opportunities.

On 14 July this year, the European Commission will present a new legislative project that aims to reduce emissions by 55% compared to 1990 by the end of 2030. The focus is expected to be primarily on renovating as many buildings as possible in Europe so that they become more energy efficient. This will improve the living conditions of many citizens and will create jobs in the Member States.

Expect more: The facts about the Green Deal and the energy.

Correction from 2.07.2021: The text adjusts the amount allocated to Bulgaria by the Fair Transition Fund – 1.178 billion euros, the amount includes only grants from the Fund. 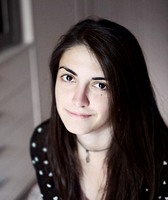 Mina Kirkova
Mina Kirkova received her education at the Classical High School (National High School for Ancient Languages ​​and Cultures) in Sofia and the University of Glasgow in Great Britain with a degree in Cinema and Television. Her professional career began at BiT TV, where she worked as an international editor. After the channel ceased to exist, she began working in the field of entertainment television as an editor in many of the most successful reality formats in the country. In December 2020, in a team with Georgi Marchev and Simona Kostadinova, she investigated the fake news about the PCR tests for coronavirus. The investigation won a prize from the Health on Target hackathon, organized by AEJ.